Locations:
Bissau
and other towns
particularly:
Quinhamel, Cacheu in the continent
Bubaque on the islands


a big parade, with allegorical cars and people floating through the streets masked with animal heads, with the body painted or dressed with colorful clothes, dances, music, sale of foods, wine, beer ...

It is the most attended festival in Guinea-Bissau. 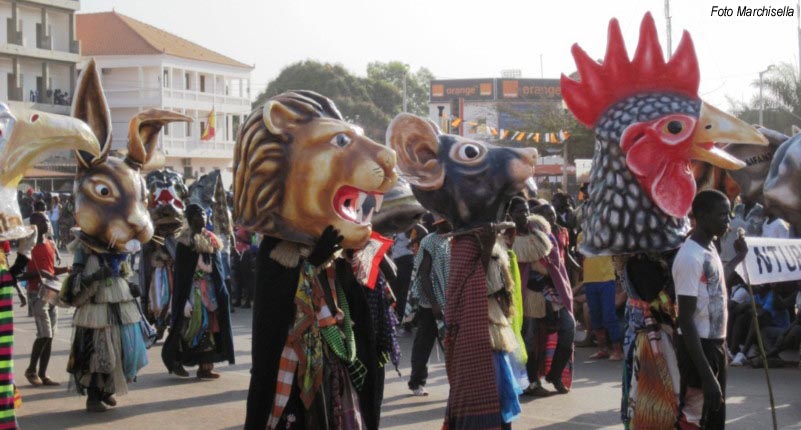 It is held in the week preceding the beginning of Lent, so it is variable from year to year: it may happen in February or March.
The next appointment is indicated at the top.

Depending on the number of locations where you'll want to see the parades, you can devote to the carnival from a minimum of 1 day up to 3, 4 or more days.

The preparation of the carnival begins several days before; in this period the offices aren't always open during usual business hours.
Along the main roads you find many stands , with the sale of food, alcohol, but also a bit of everything.

In the "official" week almost the entire population gets out into the streets. Orchestras, percussion groups, groups of dancers, groups of masked people begin to parade, and during the evening and the night there is a dancing crowd.
For this reason, the following morning the animation takes place only towards the end of the morning. 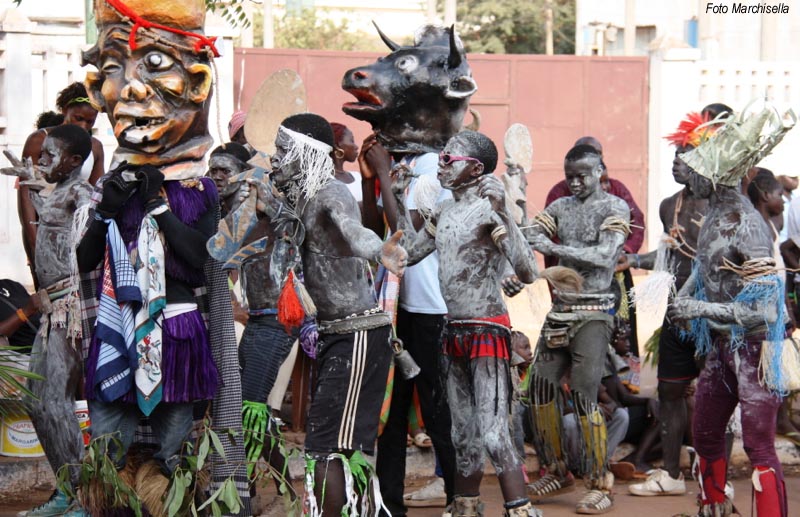 When coming to Bissau for carnival, it is suggested to visit the town, particularly Bissau Velho (Old Bissau), which is the original centre of the city, right behind the port.
It’s made of narrow winding lanes and Mediterranean style houses.
The most interesting is Amura Fortress, where is buried the hero of the revolution Amilcar Cabral; a visit is not possible because it belongs to the Army, but the view from outside is itself impressive. 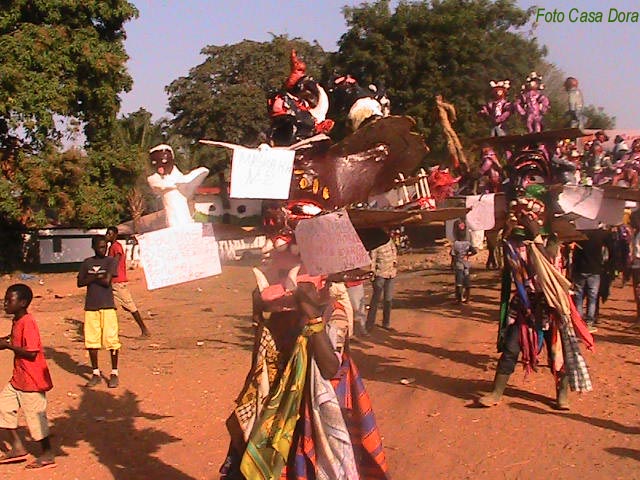 It is different and quite more limited than in Bissau, but always crowded with spectators and attended by the entire population of Bubaque and the neighboring islands.

It is mainly characterized by the parade of girls and masked people on stilts.

You can see it here in two photos of the parade.

While you'll be in Bubaque for the carnival, do not miss a half-day to the market and to Bruce beach. 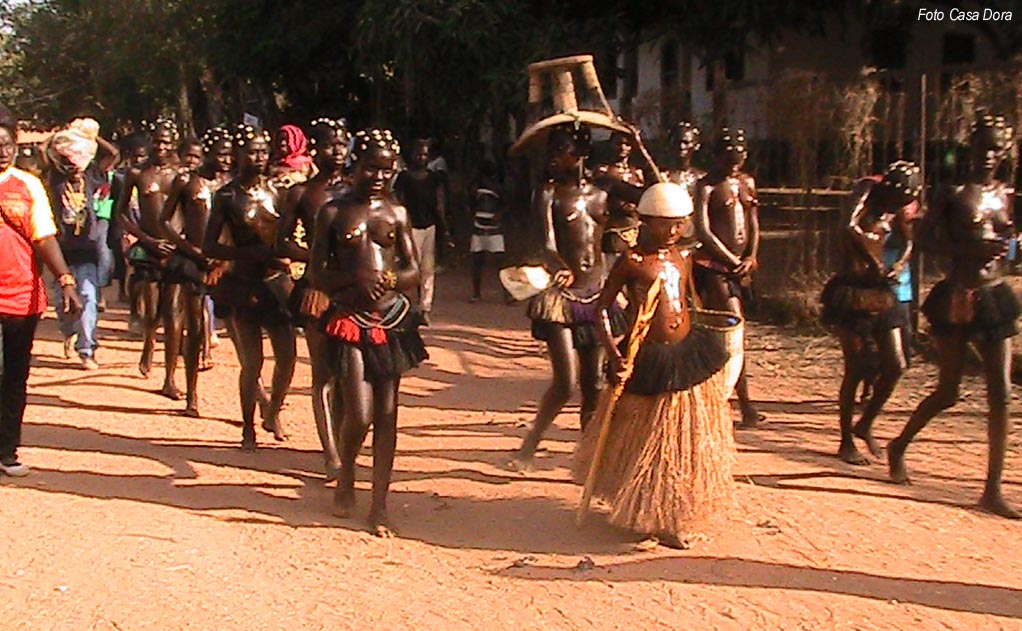 FOR MORE INFORMATION: call / write to the address indicated on page CONTACTS